Agent Orange: Toxic herbicide used by the U.S. military in Vietnam and Laos from 1962-1971 resulting in large areas of deforestation in Southeast Asia and linked to serious health problems in both military and civilians.

Boat People:  Political and economic refugees driven from Communist Vietnam between 1975 and 1995.  Many resettled in the United States.

Domino Theory  U.S. foreign policy theory to describe the chain reaction that will occur in a region, presumably, that when one country adopts communism then its neighboring countries will also fall to communism.

Napalm  A jellied gasoline that adheres to a surface as it burned. Napalm was fired both at enemy soldiers and used to destroy foliage in order to expose enemy troops.

Viet Minh  League for the Independence of Vietnam, founded by Ho Chi Minh in 1941, to lead Vietnam in its freedom from French colonial rule. 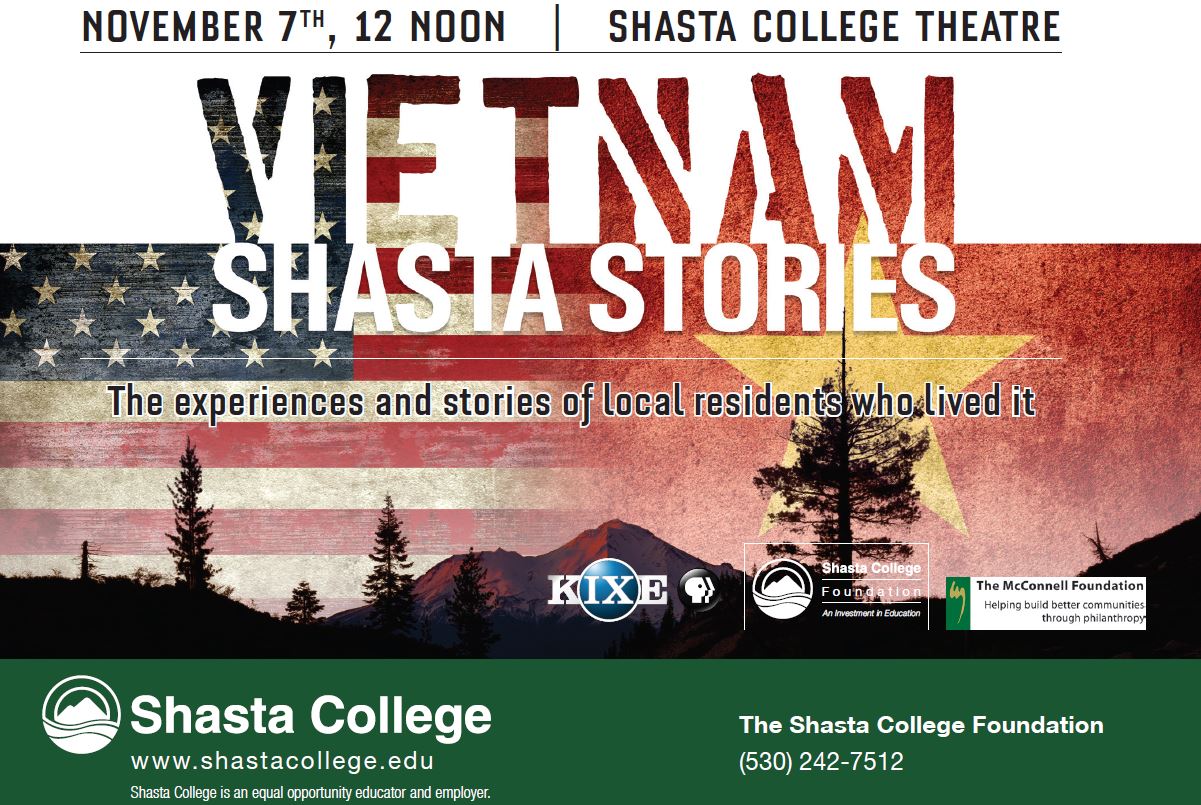 Stories of Service: Profiles of the Vietnam War from the North State. KIXE, 2017

The Secret War in Laos: Oral History and Background Reading

Sponsored by the McConnell Foundation and Enjoy Magazine.